For some of us recovering from the Covid scare amidst reopening of offices, reeling from the maddening media frenzy and the crashing democracy; the pages of utopian children's literature bring some much needed relief. The canon of children's literature penned by the legendary Roald Dahl has so much fantasy that too rising from difficult times that just like writers of romantic era, it's easy to just lean back on the magical weaponry to escape today's problems. Given the current scenario of the world or the times in general, frequent sojourns into the fantasy world with mystics animal hero's of Dahl won't hurt, in fact it would just uplift one's moods. 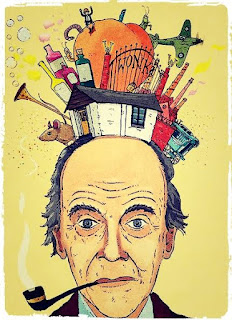 On Roald Dahl's 104th birth anniversary, we celebrate the creator of mythical and charismatic animals that still charm the young and the old alike by peeking into the adventures of 4 of his inspiring fantasy creatures. After all, what better way to be carefree kids again than with mystical animal heros in perhaps a chocolate factory or caravan! 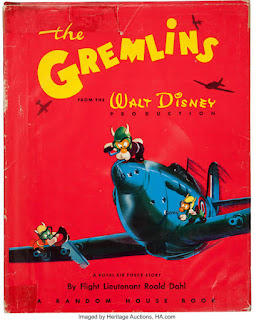 1.Gremlins - An international success, it was Dahl's first book which went on to become the First Lady of the U.S, Eleanor Roosevelt's favorite read to her grandchildren. The book featured little mythical creatures of the same name who sabotaged British aircraft as revenge for the destruction of their forest home, which was razed to build an aircraft factory. The book details the lifestyle of the Gremlins in such a detail that you could actually locate them and want to spend a day with them. After they bring down the aircraft of the principal character, Gus; the Gremlins join forces with the Royal Air Force against a common enemy, the Nazis. 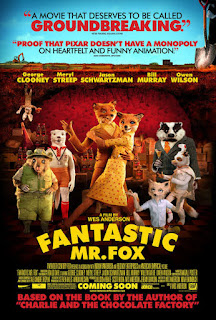 2.Fantastic Mr. Fox - Adapted into an anime movie of the same name in 2009 by Wes Anderson, the equally mesmerizing book features Mr. Fox detailing how he outwitted his farmer neighbours to steal their food from right under their noses. The farmers attempt to burrow out the Fox's family and friends but manage to only shoot off his tail. The fantastic Mr Fox, clever as he is, he devices a plan to loot the entire chicken, egg and wine supplies of the farmers from his knowledge of underground tunneling. While the farmers eternally wait for Mr. Fox to emerge above ground, the fox and his family along with his burrowing animal friends enjoy a great celebratory banquet at the farmers' expense. 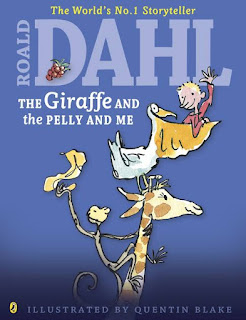 3.The Giraffe and the Pelly and Me - This simpleton of a 1985 children's book where a young Billy with a simple ambition of owning a sweet shop narrates the story about meeting the members of The Ladder less Window-Cleaning Company. They are a giraffe, a pelican and a monkey, all of whom who find it difficult to attain their favoured food in England (tinkle-tinkle tree flowers, salmon and walnuts). The characters band to work for the Duke of Hampshire, accidentally stopping a robbery by a cobra at his residence and winning access to their food and shop with the Duke's help. The plainness of the story is what makes it so interesting a read as there are no twists and turns to burden your mind. 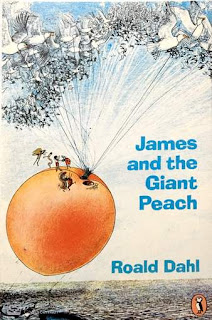 4. James and the Gaint Peach - If you liked Cinderella and her happy ending, you ll like this one too,only that James' world is much more crazier and magical than Cinderella's. The novel starts with young James Henry Trotter being tortured by his two cruel aunts, Spiker and Sponge after an escaped rhinoceros from a zoo eats James' parents when he is all but four years old. Three years later he is given beans by a mysterious man that make a tree grow a single peach the size of his house and the aunts make it a tourist attraction. Needless to say, James is locked up and only let out to clean up the mess the tourists leave behind. While cleaning the peach, he enters it and meets Centipede, Miss Spider, Old Green Grasshopper, Earthworm, Ladybird, Glowworm, and Silkworm who become his friends. These magical insects help James to escape with the peach and they encounter many other magical creatures in an adventure of a lifetime before finally arriving in New York. Its there  that he finds his happy ending which is a job! Though the film adaptation was a flop, it's much more fun to read and imagine the boy's adventure and his ultimate escape from a lockdown.

Since most of us have started appreciating our lockdown family moments, how about choosing a few of these juvenile Dahl stories and their movie adaptations with our little ones for a light weekend wind off? So simply stay indoors during these mayhem weather conditions and stay safe.

April 29, 2020
Diary of an Animal Lover Ayushi Sharma Since childhood I have an enormous love for animals. I have had pets all my life which include dogs, parrots, pigeons, rabbits, fish, and even cows. Currently I have two cows, two rescued dogs and more than 40 pigeons. With time I have realized that there has been no greater feeling in the world than saving a life even if it’s one at a time. I was born and brought up in Bhopal, MP and I have loved animals since the day I was born. My brother calls me a naturalist as I have always felt a strong connection with nature and animals. People say that they cannot imagine their world without their phones or Wi-Fi connection but if someone asks me I would say that I cannot imagine a world without animals. For me the life of any other creature is as much important as the life of a human being. People need to understand that animals also feel loneliness, they also get hurt. Once I rescued three dogs and five puppies from a horrible lady who used
22 comments
Read more