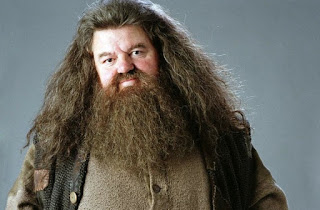 Harry Potter has been an inseparable part of many a millennial's life since 1997 when the first book came out or latest when the first movie was released in 2001. The scar faced boy with round glasses became a household name in India and kids like me hid his tales between our school books and devoured them over and over. Now 500 million and counting worldwide fans recognize with this benevolent boy and his gang so much so that their merchandise simply fly off the shelves.
But did you know that Rubeus Hagrid, a half giant who is a gamekeeper and Keeper of Keys and Grounds of Hogwarts, is an animal welfare activist and an unsung one at that. He has, throughout the books, made the lives of many a magical beasts' lives better by simply treating them better and providing better habitats for them. Here are three such selfless examples set by Hagrid.

1. Norbert: the Norwegian Ridgeback Dragon - Hagrid acquired him as an egg from a hooded stranger who let him win a drunken board game in a tavern called the Hog's Head. Harry, Ron and Hermione brainstorm the stranger to be Professor Quirrell, the henchman of Lord Voldemort in the first book. Hagrid lovingly helps Norbert hatch in his boiler and endures all his angst and tends to him like his own mother. However, given a dragon's nature, when Norbert bites Ron, infused with poison, causing him to be hospitalized and the cause almost discovered, the gang was driven to one conclusion - letting him go. Hagrid is hysterical to the plan of sending Norbert to Ron's older brother, Charlie who dealt with dragons in Romania, but he agrees in the end. So Harry, Ron and Hermione tiptoe Norbert to their astronomy tower and hand him over to Charlie's friends waiting there. The trio sadly is given detention by Professor McGonagall when she is tipped by Draco Malfoy about students being out of bed. Norbert, which in German means bright North, is revealed to be a girl in the 7th book by Charlie (now renamed Norbert) which elucidates the aggression displayed in her infancy. Norbert enters and exits in entirety in just one chapter in the 1st book which is named solely after him and focuses on his relationship with Hagrid, just enough to establish Hagrid as an animal activist. 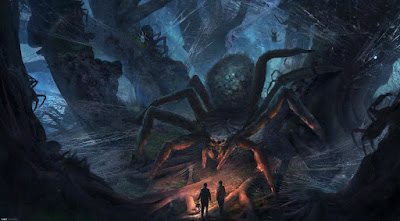 2.    Aragog: The Acromantula - in the second book, Harry is given a glimpse of a giant spider being perceived as the monster dwelling in the chamber of secrets by Voldemort's diary. This large hairy spider was kept hidden as a pet by Hagrid, who was himself a student in the wizarding school during Voldemort's studenthood and upon discovery by Voldemort's younger self, Tom Marvolo Riddle, is blinded in a murder attempt. Thereafter, Hagrid is expelled and mercifully hired by the headmaster (Professor Dumbledore), but Hagrid doesn't stop caring for his pets. Hagrid relocates the now blind Aragog to the Forbidden Forest and finds him a wife, Mosag and they beget hundreds of children. Aragog forever remains loyal to Hagrid and his brood even fights against Voldemort in the great battle at Hogwarts but they are scared of the Basilisk living in the chamber of secrets. Despite considering humans as food, he briefly acknowledges Harry and Ron as Hagrid's friends and delays his children from feasting on them and relays precious information about his master's innocence. His burial takes place in the sixth book and is attended by Harry and Professor Slughorn besides Hagrid. It is here when it's revealed that the venom of an Acromantula is extremely expensive and Harry uses it to persuade Professor Slughorn to reveal a crucial memory of young Voldemort. Hagrid's grief during the burial shows the depth of his love for Aragog. 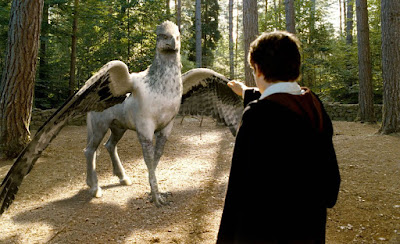 3. Buckbeak/Withwings : The Hippogriff - We meet this proud amalgamation of an eagle's head,  front legs and wings with a horse's torso, hind legs and tail in Hagrid's 'Care of Magical Creatures' class in book number three. He also had 'cruel, steel-colored beak and large, brilliant orange eyes while the talons on its front legs were half a foot long and deadly looking'. Hagrid brings this majestic haughty creature to his first class as a Hogwarts professor with Harry's courageous volunteering, to impress his students and he succeeds when Buckbeak lets Harry ride him. Harry however had to agree to his rules such as bowing down politely, unblinking, waiting for his permission and then once on his back, Harry couldn't pull any of his feathers. This class is however foiled by Draco Malfoy's jealous actions, which included swearing and threatening agitated Buckbeak, provoking him to attack him, cost Hagrid his job. Buckbeak is sentenced to death but is miraculously rescued by Harry and Hermione (with a little help from Professor Dumbledore and a time turning device) so much so that he and the former prisoner of Azkaban (Sirius Black) become fugitives of the wizarding law. Buckbeak returns back to Hagrid after Sirius Black's death in book seven with a new name and is loyal to Harry as he fights for his cause against Voldemort in the battle at Hogwarts. Hagrid gets busy with his care and practices calling him by the new name for Buckbeak's safety, happily.

Post book four, Hagrid becomes busy with a woman, a tournament, a half brother and then running from death eaters to fighting in the wizarding battle where he has to carry the supposedly dead body of Harry to his supporters. This distracts him from animal welfare as he barely has a home or a job to sustain himself for quite some time and led a bereft life. But the first three books glorify Hagrid as a gentle giant who had given up his needs and stature for the welfare of his otherwise intimidating mystical pets. Despite being a literary character, Hagrid is much of an inspiration for the millennial and also the new generation Z, to be kind  and generous to even the beasts who are less than kind to us, perhaps as a result of their natural disposition.